There are many reasons to learn another language and no good reasons I can think of for not learning one. Here’s my top 5 reasons for learning a language..

Good for the Brain

According to scientific studies, there is much evidence to suggest people that speak multiple languages perform better cognitively in old age – basically you are more likely to last longer before you lose your marbles which is always a good thing. Even when Alzheimers sets in, those damn overachieving polyglots still function better! So learn another language quick and stave off cognitive decline. Win! 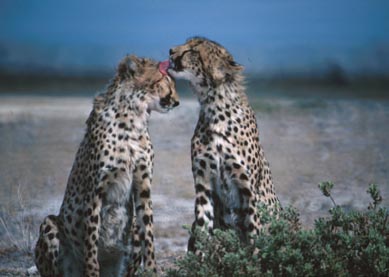 Just by going through the process of learning a language, which generally involves talking with people sooner or later, you get to make new friends. Often these new friends are all around the world which brings other benefits such as a free place to crash on your travels! They will also always be other people around (*hint* signup for a local course!) learning the same language you are trying to learn so you already share a common bond which makes making new friends even easier.

By studying another language and making friends with native speakers of other languages, you are being exposed to new and wonderful cultures which can be very different from your own. You will soon grow to see them and indeed the whole world in a new light as your horizons broaden.

In this increasingly competitive world, jobs are becoming hard to find. The global economy is rapidly going down the toilet and millions of, in many cases highly qualified, people are unemployed and desperate for a job. At the same time the world is becoming a much smaller interconnected place and even the smallest company often finds itself doing business globally. This creates an increasing demand for speakers of other languages and the more the better. These days its not just secret agents that need to be fluent in other languages, its all of us if we want to remain employable. For those who do speak more the one language the world opens up and opportunities for exciting jobs in exotic locations abound.

Well of course when you go abroad and you’re the exotic foreigner it gives you something of an edge against the local competition and so finding a girl or guy or whatever floats your boat becomes easier – unless you don’t speak the language in which case you just come across as an illiterate oaf which is generally not a turn on. So learn a language and get laid – what’s not to like about that?!

So there you have it. Learning languages is fun, profitable and stops you going nuts so no more excuses, get to it!