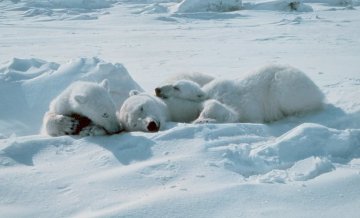 More news from scientists has just been published which may well be of interest to language learners, particularly those who consider themselves to be bad at language – according to UC Berkeley researchers lack of sleep or poor quality sleep may prevent the brain from storing memories. Clearly since learning a new language depends heavily on the storing of a huge amount of data in our memory, anything which may impair this fundamental process is of great concern.

Everyone knows, or at least suspects, that as we age our memory starts to suffer and we find it harder to remember things. These new findings suggest there’s more to it then just getting old and if in fact the real culprit is lack of sleep then such memory related problems could potentially be treated and cured to a certain extent through the use of various sleep therapies, whether they involve medication or others. This latest research shows that a certain phase of sleep is critical in the process whereby short term memories from the hippocampus are transferred to the prefrontal cortex for long term storage. Degeneration of the frontal lobe which occurs as we get older obviously has a detrimental effect on our ability to remember.

It is widely believed, if perhaps not exactly proven, that learning a language is harder to do when we are older and that has just been accepted by many people as the way of things and there’s not much we can do about it except either give up or soldier on and study harder and for much longer in order to acquire fluency in a new language. This newly published finding however offers us new hope – for one thing it gives the lazy linguists amongst us a scientific excuse for our abject lack of progress, but perhaps more important it just might give us a solvable reason for slow progress which is nothing to do with being lazy. In other words a sleep disorder of some description could be the real culprit after all.

So you may want to ask yourself (or a doctor), if you do have a sleep disorder – do you suffer from insomnia? Or sleep apnea perhaps? Or even maybe living on a noisy street or trying to sleep on an uncomfortable mattress? Are you stressed? Do you often drink alcohol at night? Parents of babies often find themselves being waken during the night and so this could be another cause for sleep deprivation which affects learning. There are in fact numerous causes of sleep disturbance, one or more of which affect many of us at some time or other and so if you are struggling to learn a language (or in fact learn anything new), it is worth looking into your sleep patterns and finding a way to get a good nights sleep on a regular basis – you may find yourself to be a linguistic genius after all!