First of all, what language do you speak already? Many languages share many common roots, for example the latin family or romance languages [wikipedia] which includes French, Spanish, Catalan, Italian, Portuguese and many others. All these languages share similarities that will make it somewhat easier to learn one when you already speak the other and so it certainly makes some sense to pick one of those in such a case. Even languages that you might not have ever thought to be related can be very close such as Tagalog which shares something like 5000 words with Spanish and 1500 from English, amongst others.

How many speak it? Unless you are a scholar of languages or have some other specific need there’s not really much point devoting so much effort to learning a really obscure language that hardly anyone speaks today. The whole point of learning a language is that it enables you to actually speak with people in that language so it helps if you are likely to meet such people. For example if you were to focus on a romance language you have many to choose from, however there are over 300M Spanish speakers but only 12M who speak Catalan so on a strict numbers basis Spanish would be the obvious choice as it is a language you are more likely to get to use – unless you plan to spend any time in Catalonia! 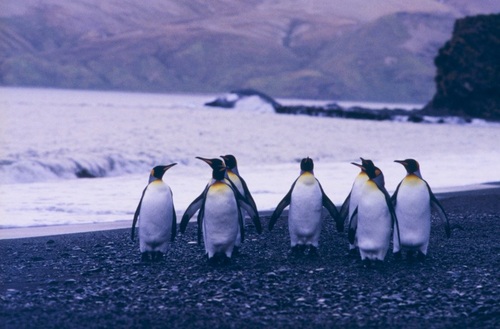 Which brings me to the next point – just what exactly are you future plans? Are you planning a big trip overseas? Backpacking around South America for example? Or are you looking for work in Japan? Planning to learn kung fu at the Shaolin Temple in China? Doing business in Baghdad? Or is your future ex from Manila? All these factors will no doubt influence your choice for best language to learn.

Another question to consider is who do you know? Do you have friends or family that speak another language in which you would like to be able to converse? Is there a significant population in your locality which speaks some other language and which would help with the whole language immersion process?

What are your other interests which may in some way relate to another language? Have you always had a thing for Chinese culture perhaps? Maybe your family originates from another country and you’d like to rediscover your roots. Are you pursuing academic studies in another language or in some topic which would be much easier if you spoke another language – for example ancient Greek history or philosophy would be easier to study if you actually speak Greek! Food is another thing which is frequently tied to a specific region and language – if you’re into French food for example. Many other interests or hobbies can be influenced by another language and so you may choose the best language based on one or more of those.

Maybe you just like a challenge? The more difficult a language is perceived to be, the more you want to learn it? Languages such as Mandarin, Arabic, Hebrew and others of that ilk are considered to be hard for native speakers of English or other European languages. However at the end of the day, a language becomes easier to learn the more it interests you so Mandarin could be much easier than French if you enjoy learning it.

Ultimately the best language for you to learn is a very personal choice which may depend on many of the factors outlined above or others. Whatever you decide you should ensure the language you choose to learn is the one which you will enjoy learning and benefit from the most.