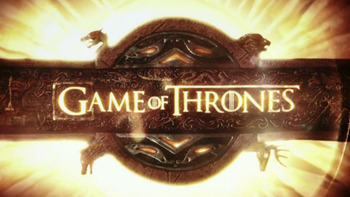 Surely every language enthusiast, not to mention fans of the show, will be pleased to know that you can now learn Dothraki, should you so desire.

No doubt you will have heard of Game of Thrones unless you’ve been living in a cave on another planet in a galaxy far far away and they don’t have HBO or the Pirate Bay there. It is a brilliant television series, currently in its second season, based on A Song of Ice and Fire by acclaimed sci-fi, fantasy & horror author George R. R. Martin (no relation to John R. R. Tolkien).

Dothraki is a language spoken by the cheerfully warlike horsey people of a region confusingly called The Dothraki Sea (which appears somewhat dry for a sea, but maybe it used to be wet?), a people not known for their refinement or impeccable table manners.

Dothraki was constructed by David J. Peterson, a member of the Language Creation Society, for the TV series and based on the few existing words in the original books along with some Turkish, Russian, Estonian, Swahili and Inuktitut (I had to lookup Inuktitut!). It started with 1700 words before the show began filming and has since grown to over three thousand words.

So now there is an unofficial website for learning Dothraki with wiki, forums, IRC and even a dictionary in pdf format you can download.

Dothraki now joins those other great constructed languages such as Klingon and Esperanto although the latter is probably a tad more useful in real life.