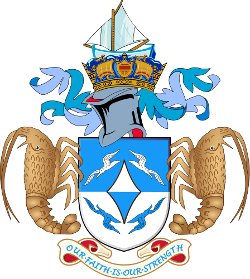 The tiny island of Tristan da Cunha is officially the most remote inhabited archipelago in the world with few connections to the outside and access only by sea and even then only when the notoriously stormy south atlantic cooperates. Residents are technically British but being so far from civilization for so many centuries has resulted in them developing some odd customs, quaint cultural anomalies and rather unusual pastimes one of which in particular we at Bad at Language found fascinating – the islanders have declared Dothraki to be an official language of Tristan da Cunha!

This may appear well timed given that the long awaited season 3 just started yesterday, however being so far away with no HBO and not even a way to download it (they only have a single slow satellite link shared by the whole island) they are forced to rely on imports of DVD’s which turn up many months after the rest of us have seen it, so in this case the timing is entirely coincidental. In fact the reason for their adoption of Dothraki is because the residents are HUGE fans of Game of Thrones and as entertainment options there are somewhat limited they have taken to large scale LARPing across the entire archipelago with pretty much the entire population taking part!

These unusual LARPing activities are even woven in to the day to day running of the tiny island with council members speaking Dothraki in official council meetings and allegedly asking themselves “what would Joffrey do?” (or whichever GoT king they favour) when making important decisions. Technically their actual monarch is Queen Elizabeth who has been informed of this unusual turn of events and was reported to say “one is both amused and bemused” but is otherwise not taking any action to assert her claim to the Iron Throne there.. yet.