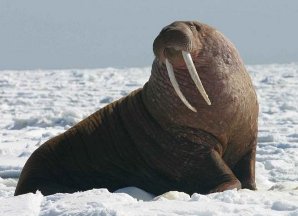 There is endless debate on which is the best method to learn a foreign a language but let me be brutally honest – there is of course really only one way to do it right and that is to learn language LIKE A BOSS! Yes it is true, if you don’t do it like a boss you just ain’t doing it right.

So how exactly does one go about learning a language like a boss? Fortunately I have decided to put together this plan of action for my fellow “bad at language” learners which lays out the steps involved..

This step starts by simply downloading the free FSI and/or DLI language courses if they exist for the language you plan to learn. These are legal downloads so don’t worry – this is learning like a boss not like a bandit! Although, that gives me an idea for a future article.. 😉 These free courses are often quite short and so wont take too long to work through – some are only one “level”, whatever level means in that specific case, but generally you will be done with these quite quickly as long as you don’t skip days.

This step sounds dangerous but in fact the poison in question is just the ever popular commercial language learning systems around such as Pimsleur, Rosetta Stone, Fluenz etc. These things are a tad expensive so don’t go crazy and buy them all unless you’re weighed down with money and can’t think of anything better to spend it on (you could send it to me!). So pick your poison, be it Pimsleur or some other and grab the full package – all 3, 4 or 5 levels, whatever they have just grab the lot and worry about paying for it later – like a boss! 😉 These commercial systems are fairly comprehensive and should be done as directed on the box – try not to ever skip a day or soon a day becomes two days and three and a week… before you know it you have to start again from the beginning because you forgot it all – very much NOT like a boss at all!

Language learning technology is progressing nicely and there are all sorts of cool toys you can use, many are even free. Highly recommended is AnkiSRS which is a spaced repetition “flash card” application that is free to use and works on windows, mac, linux, android and on and on.. Anki is not the only such application around but it is a good one and very popular. Skype, the VOIP (internet phone) application is another brilliant bit of tech for language learners so if you don’t yet have it then go get it – again it is free so no excuses. Duolingo is a new language learning social translation whatsamajig which is yet again free so go register there.

The boss doesn’t need to read just the boring stuff like the financial times, there’s at least eleventy million great books out there, works of fiction as well as reference. A good novel is hard to put down at the best of times so a great tactic is to pick books that you know you will like, perhaps because you have already read it in your first language, then work through it with suitable dictionary at the ready (those pen style electronic translators can be useful here) – it may be tough going at the start but by the end you’ll be a million times better off and totally reading like a boss.

The Interwebs is a veritable goldmine of language immersion opportunities.. head over to YouTube and watch some foreign language vids, tune into a foreign radio station, join one or more of the language exchange communities (use Skype!), look for vids with subtitles so you can see instant translations with video context, choose the foreign language versions of popular websites (many of them provide multiple localized skins). Always keep an eye out for new places you can immerse online, you’ll always be able to find more than you will ever need when you actually start looking.

This of course typically entails going to some exotic part of the world where the locals speak the language you want to learn and immersing yourself in the local culture. Everything from watching the local tv, chatting to random people in the street or anywhere else you can approach strangers without getting into trouble, singing the local songs (karaoke like a boss!), going to festivals and parties and maybe even meeting your future ex boss.. if you’re fiscally challenged you could even try some couch surfing (like a boss of course) which means you could be chatting with a local all day every day – no escape!

Every day you must be doing *something* to further boost your fluency and ideally you should be doing many things in parallel. Do your half hour a day of Pimsleur, run through a stack of flashcards with Anki (takes literally just a few minutes), read another page (or more) of Harry Potter or whatever book you chose, watch some foreign videos and listen to some foreign language songs on “Classic <Exotic Foreign Country> Rock” (or something like that!), chat with some language exchange friends over Skype. Put it all together into an actionable plan (as only a BOSS knows how) and plough through it every day. After few months of intensive action like this you should be fluent and if you’re not then you ain’t no boss, so work harder!

Finally, go forth and SPEAK LIKE A BOSS because that is the whole point isn’t it? Remember that even after you have learned it you still have to actually make the effort to USE IT LIKE A BOSS or you will ultimately lose it to language attrition and become like a worthless underling! 😉